23 pilot gigs, skiffs, flashboats and for the first time 2 surfboats, from clubs as far away as Bristol, descended on Helford Passage this weekend for Helford’s annual ‘Head of the River Race’.

The race, which traditionally marks the end of the racing season runs the length of the Helford, from its mouth all the way down to Gweek – some 5 kilometres. With impressive views along the way, it’s always a spectacle to watch, with crews of juniors, mixed, mens and ladies vying for a coveted trophy.

Heavy rain gave way to warm autumnal sunshine in time for the race start, which was preceded by a minute’s silence in honour of much-loved and missed clubman Richard Winfrey, who passed away recently. Crews stood alongside their gigs on the beach with oars raised in remembrance of one of the founders of the club, fondly known as Winf. 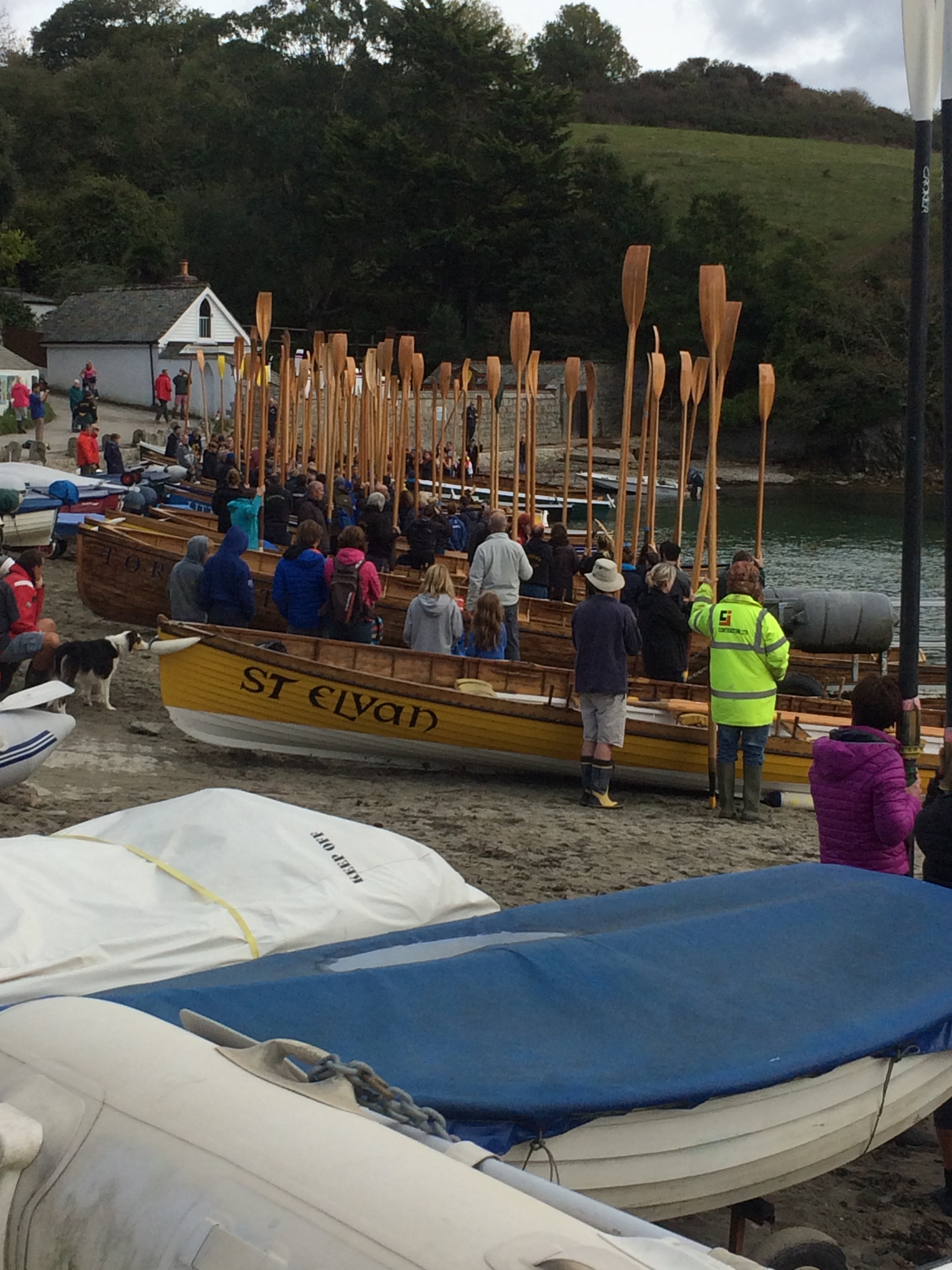 A celebration event involving hot food, drink, and live music marked the end of a great day’s racing, with some 200 plus rowers and supporters spilling out of the clubhouse. Trophies were awarded to the winning Juniors team from Flushing and Mylor, and the first boat across the line, flashboat Abigail from Polperro. Zennor took the prize for first gig over the line, rowing a great race in Melusine. As a permanent memorial to the big man, the Richard Winfrey trophy was awarded to fastest crew, Boscastle and Crackington, rowing Torrent. A full list of the results can be found below. 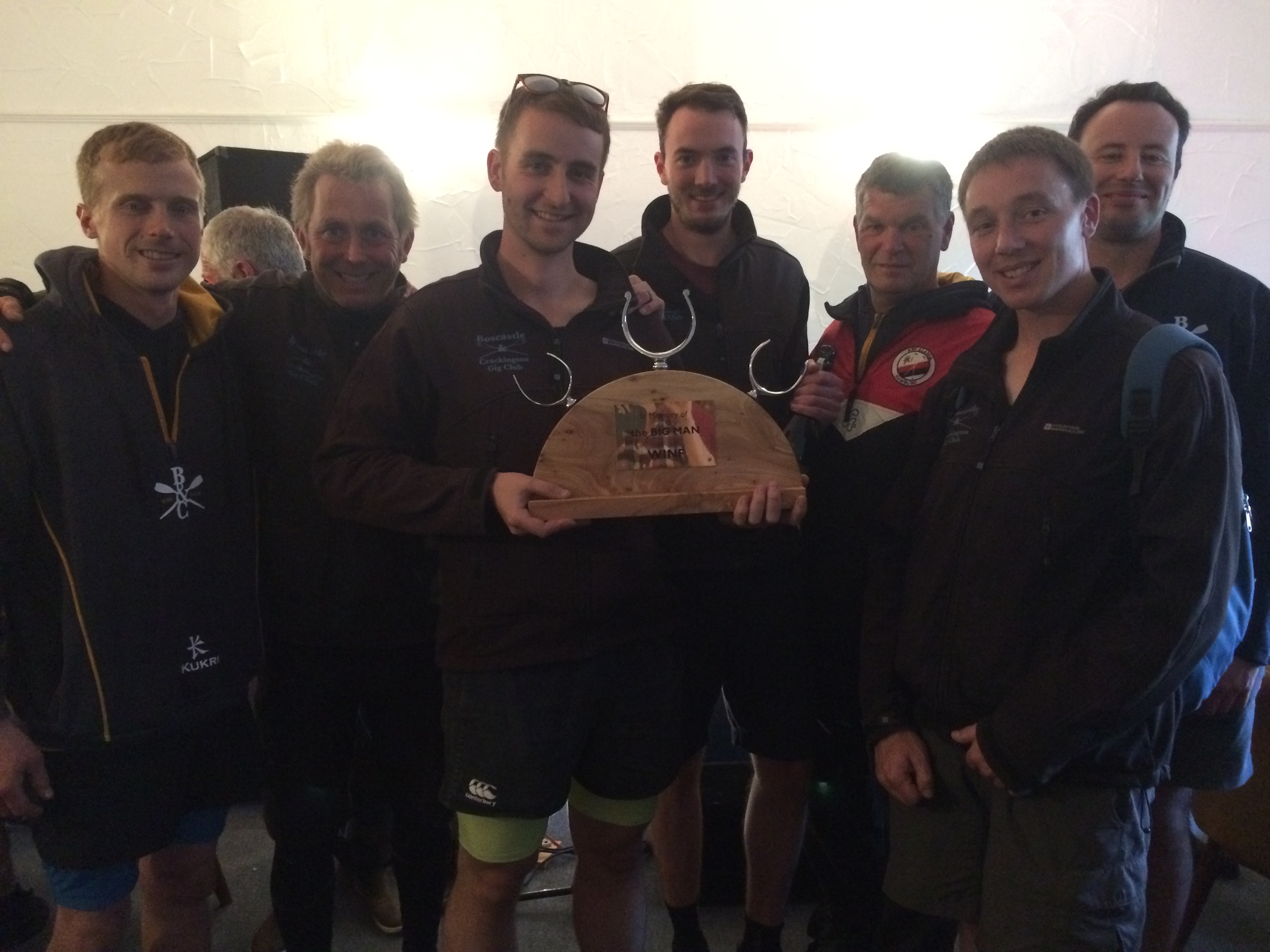 The club would like to thank everyone that attended, as well as the army of Helford club members that pulled together and worked hard to make this such a fantastic day. Their next event will be the Mini Scillies in Spring, date to be announced. 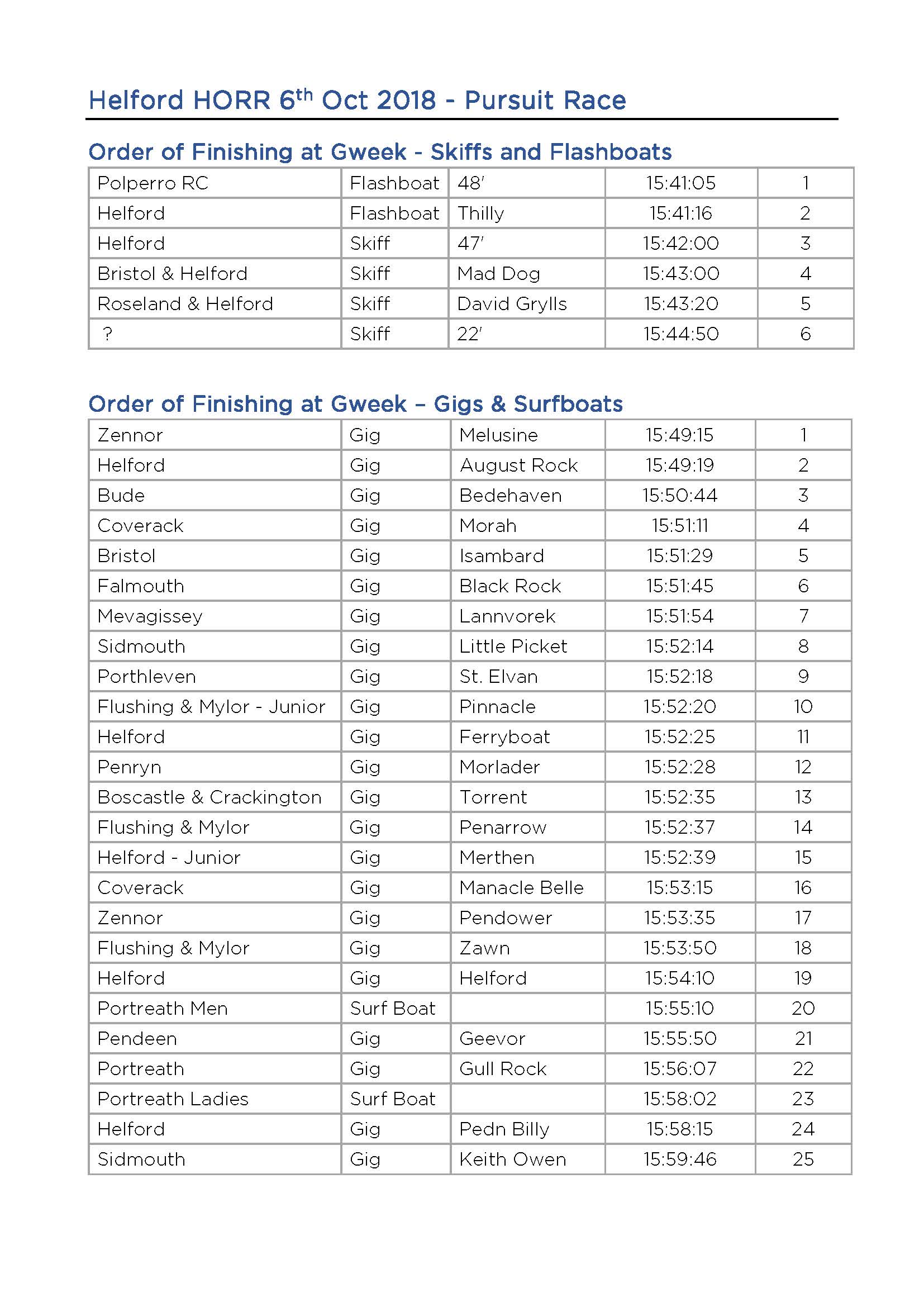 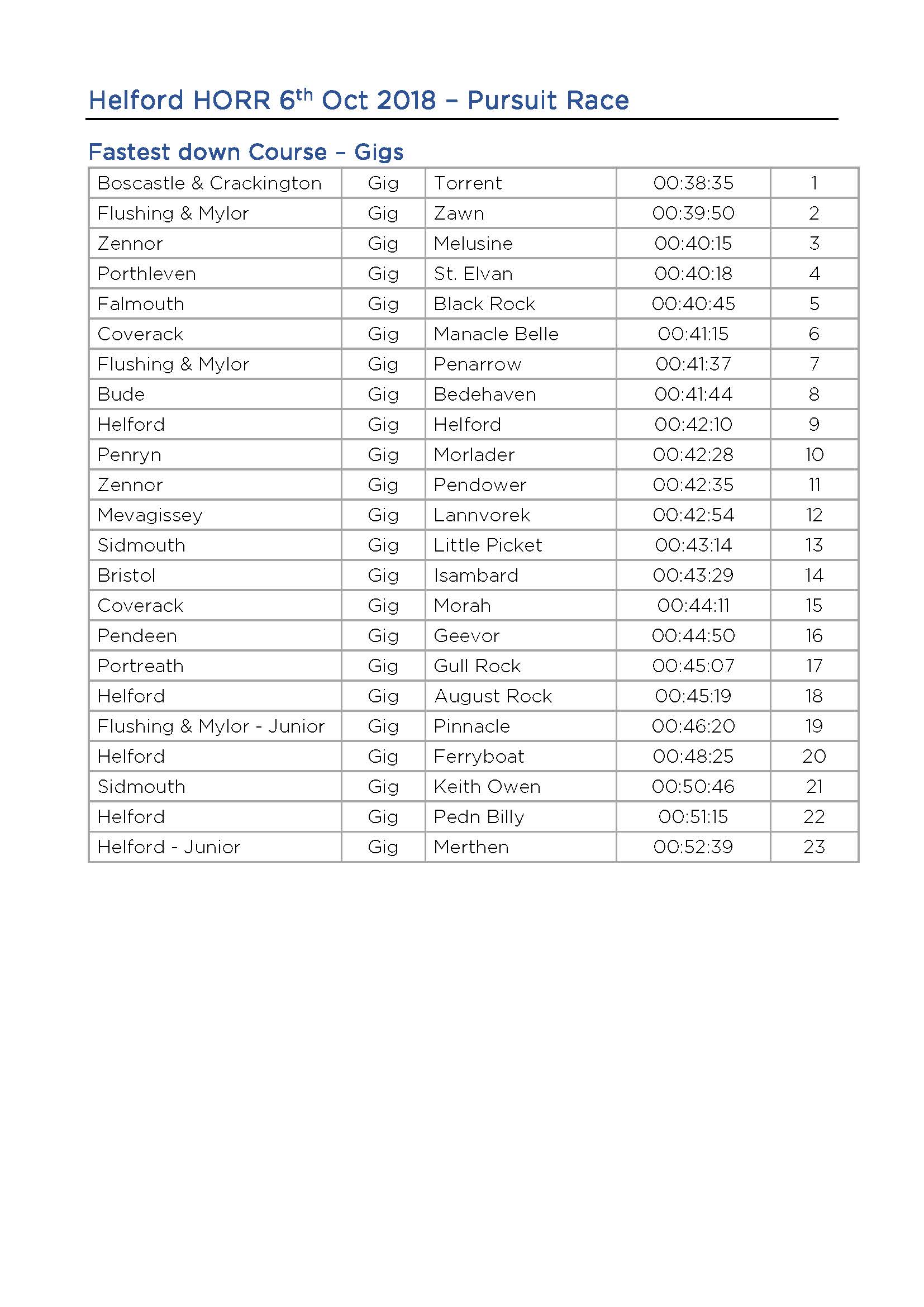