On Saturday 26 October, Helford River Gig Club celebrated its 25th Anniversary by holding an An Gof race on the Helford, followed by a party up river at their clubhouse in Gweek.

What was billed as ‘fun, lightly competitive racing’ turned into a fiercely fought race from the north side at Bar Beach, across the river to the south side by the Helford River Sailing Club.

The races had a ‘land and sea’ element with a runner being dropped off on the south side to race and collect an An Gof themed doll before re-joining their crew to complete the course. This south to north journey with the doll is symbolic of the historical crossing of blacksmith, Michael Joseph from St Keverne, who was rowed across the Helford on his way to London to lead a Cornish rebellion in 1497. An Gof is the Cornish for blacksmith.

To represent the diversity of the club, crews were mixed up to include Juniors, Cadets, Vets, Supervets and all others in between - new rowers and experienced, boys and girls, ladies and men.

After the racing followed by prosecco and Ann’s pasties, the celebrations continued at the clubhouse. With plenty of Cornish food and drink and general merriment, aided by the live band Acoustek, a good time was had by all.

One of the club’s founders and event organiser, Martin Wills said. “Helford knows how to throw a party and it was great to see members old and new, club founders and supporters will come along to celebrate the club’s history and success.”

Helford River Gig Club was officially founded at its first Committee Meeting in 1994 in Gweek Village Hall after several months of fundraising for a new gig club, starting the year prior and with the backing of over 100 people. The club’s first pilot gig, ‘Helford’ was built by the well-known traditional boat builder Ralph Bird in Devoran with funds from the Foundation for Sport and The Arts. Helford was launched from Gweek in August 1995. Before this, founder Tony Muller taught club members to row in Falmouth’s gig ’Energy’.

Membership grew and competitive crews were gradually formed. 1996 saw Helford’s first year on Scillies with just one ladies crew but by 1997, the Mens & Ladies A crews were a creditable 18th and 23rd in the World Championships out of some 60 odd boats. Another Ralph Bird gig, “Golden Gear’ became Helford’s second gig in 1998 and by September 1999, Mens and Ladies A crews were placed a well deserved 5th and 8th at Newquay County Championships with the Juniors coming a magnificent 2nd.

Racing grew in all categories as the club expanded to now include B crews, Vets and Mixed Crews. Meanwhile the search began for a home for the two gigs, which resulted in the purchase of the former Gweek Sports and Social Club in 1999 by founders John and Carol Lawrence on behalf of the club, who were later reimbursed. With the support of a raft of volunteers and local businesses, refurbishments were made and an adjacent gig shed was built. Carol still runs the Sunday ‘Allcomers’ sessions that were started by fellow-founder Roger Rosier for new rowers.

A group of enthusiastic rowers encouraged and aided the purchase of the club’s third gig, Merthen, built by J. Currah of Looe. The competitive enthusiasm from the likes of Richard Winfrey, Phil Badger and Dave Merrick has put the club up there with the best, enjoying multiple world and county victories at all levels including Juniors, Vets and Supervets. In its anniversary year, Helford was proud to place 4th in the Ladies and 6th in the Men’s at the 2019 Newquay County Championships – their best ever result for the Ladies at this event.

The club has grown from strength to strength, from what was initially more of a social rowing club, to a club offering something for all rowers social and competitive, young and old and spanning several family generations. Some great fundraising events have been held over the years, with thousands raised for equipment and various charities. Club records show that in 1996, there were 118 members. This has grown to over 240 members, including several life members. Some of its best supporters have been non-rowers, including John Bolitho, Commodore of Helford River Sailing Club; Chris Broad and family, and Tom and Nigel Bligh. It is hoped they will all come along on 26th to help celebrate.

Club Chair, Christine Winans says, “I am extremely proud of everything the club has achieved in the last 25 years, and we are looking forward to celebrating this. Helford embraces all the values of the sport of rowing. It is a truly inclusive club and offers rowers young and old an opportunity to get out on the water, keep fit, compete, make lifelong friendships and most of all have fun.”

For more information on Helford River Gig Club, visit www.hrgc.co.uk or email newrowers@hrgc.co.uk if you’d like to give gig rowing a go. 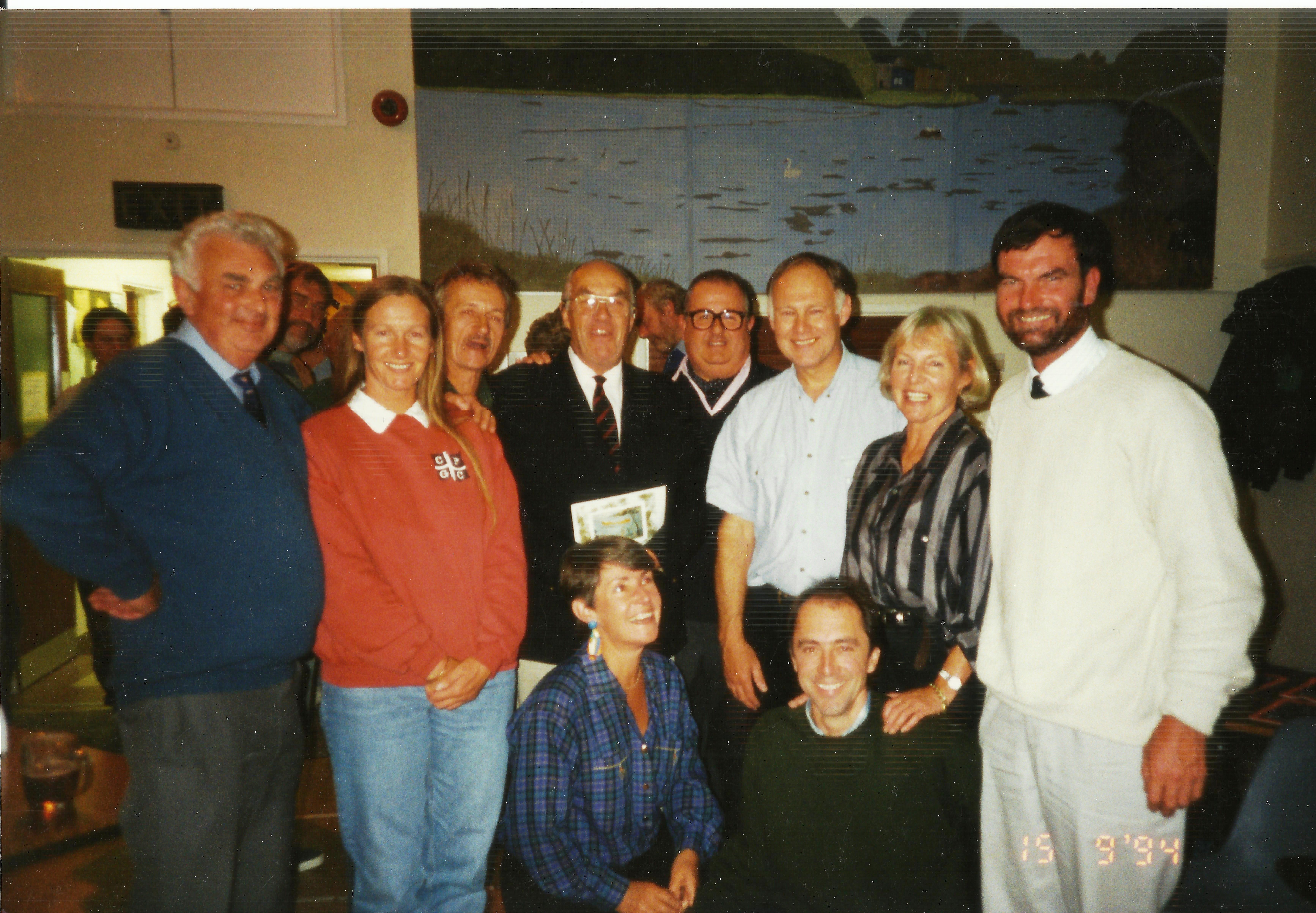