Congratulations to the Helford A crew (seen below rowing in pink in Messack) for coming 10th in the postponed men's championships at Newquay yesterday, 1 October.

The Helford B crew (rowing in Millers Daughter in the second image) came 35th overall.

Brilliant effort by everyone!

This year's Head of the River Race will take place on Saturday 7 October, with the race starting at 4.15pm.

Full details are available at: http://hrgc.co.uk/helford_events/

The Head of the River Race is one of two races hosted by HRGC each year. The pursuit race starts near the mouth of the Helford River and finishes near the head of the river at Gweek, with the fastest crews taking about 40 minutes. A wide range of crews, including juniors, vets, supervets and mixed normally enter. Gigs, skiffs and flashboats are welcome. The event will finish with refreshments and prize-giving at the clubhouse at Gweek.

Original post: HRGC is proud to be sponsoring the triathlon suit to be worn by Rachel Vague as she represents Great Britain at the ITU World Triathlon on Saturday 16 September in Rotterdam.

Rachel has rowed with us for many years. She took up triathlons not so long ago and is now representing GB in her age category.

Rachel told us how she got into the sport: “I have Tracey Rickard to thank for sharing the triathlon bug when she suggested I enter a local sprint distance tri.

I did my first sprint distance a few years ago at Wadebridge. (Sprint distance is 400 metre swim, 20k bike, and a 5k run.) A couple of years later I won the Tempus Cornish series of sprint triathlons.

After encouragement I decided to pit myself against potentially tougher athletes and slightly longer triathlons and enter two standard distance triathlons, one in Deva, Chester and the other at Arundel Castle in Sussex. These were to qualify for representing Great Britain in the ITU World Triathlon age group finals in Rotterdam. (Standard distance, also known as Olympic distance is 1.5k swim, 40k bike and a 10k run.) These were two of the biggest triathlons I had done in terms of number of competitors.

We wish Rachel every success!

The club has announced selectors and captains for 2017/18.

Selectors will be Ottie Skewes, Neil Wilson, Dave Merrick and Tony Halliday, plus the captains and vice-captains listed below and the Chair, Christine Winans.

A huge thanks goes to Oli Hayes for his dedication and enthusiasm over the past couple of years. His coaching and advice will continue to be greatly valued by the club.

Massive thanks also to Phil Badger for his support and input as a selector over the last few years. We will continue to benefit from and value his contribution to the running of the club as a member of the committee.

We have issued new job descriptions and a revised selection process which are available on the website at hrgc.co.uk/rowers-information/selection-documents/

Helford will be fielding three men's crews and three ladies' crews at the County Championships at Newquay this year. The women's races are on Saturday 2 and Sunday 3 September and the men's on Saturday 16 and Sunday 17 September.

Good luck to everyone!

This row is for all members regardless of your rowing experience or ability. For any newbies, we usually leave Ferry Boat Beach at about 6pm, row to Gweek (about 30-45 mins), have fish & chips and a swift half or two from our favourite pub in Gweek, and row back for around 9.30pm.

We usually like to mix the crews up a bit and there is often a bit of swapping in and out so crews are never set in stone before (or during!) the row, however, requests to row with others will be accommodated as much as possible.

If you would like to take part and haven't signed up yet, please contact Jolene by Friday 7th July at missrosevear@gmail.com. Please also let Jolene know the following:-

Full details for the night will be email out on Tuesday 11th July. Any queries before then, please contact Jolene.

A new regular training session for men will be running over the summer on Monday nights at 6pm, with the first session on Monday 12 June.

The sessions will be open to all male rowers. If you would like to attend, please contact Men's Captain, Oli Hayes (o.h.hayes@gmail.com) by the preceding Saturday afternoon.

Long summer evenings are here, so time for this year's famous Fish and Chips rows!

Make the most of the high tide, light evening and hopefully balmy weather with a leisurely row to Gweek in the company of four other crews, enjoy a beer or two and fish and chips there, before rowing back as night falls. A fantastic way to socialise with other club members and enjoy the river.

This year's rows will be on Wednesday 12 July and Wednesday 23 August, leaving Pedn Billy/ Ferryboat beaches at 6pm. Members - watch out for the email from Jolene soon to sign up!

We will be holding a summer BBQ for members, their families and friends, with fun games, disco and camping on Saturday 10th June at the gig club. Fancy a try at welly wanging, ergo row off, tug o war, space hopper races etc? Now's your chance!

The party starts at 5pm and will go on until late evening. Bring your own food and drink. A barrel of beer and some wine will also be available at cost.

Camping £5 per tent (pay Sam King on the day). Tent pitching from 4pm.

RSVP and offers of help to saragadd@yahoo.com please.

Junior rowing (11 and up) takes place on a Thursday after school, 4pm to 6pm at Helford Passage. Please email juniors@hrgc.co.uk for more information.

In addition to the Men's Supervets becoming the World Champions in their class (have we mentioned that already?), these are the final results for the other Helford crews, with thanks to Tony Halliday for the report:

Ladies A continued their march up the table and finished 18th.

Ladies B topped their group and comfortably won the podium celebration competition (the video is online) 49th.

Ladies C had a solid finish in their group and came in 125th.

Men's A had the honour of being the last competing boat in this year’s championships, crossing the line in 12th place in the top group.

Men's B found group C extremely competitive and just missed out on a podium finishing 2nd in the group and 26th overall.

Men's C rowed tactically and topped their group in 121st.

Old Gits were in the group above and came in 117th. 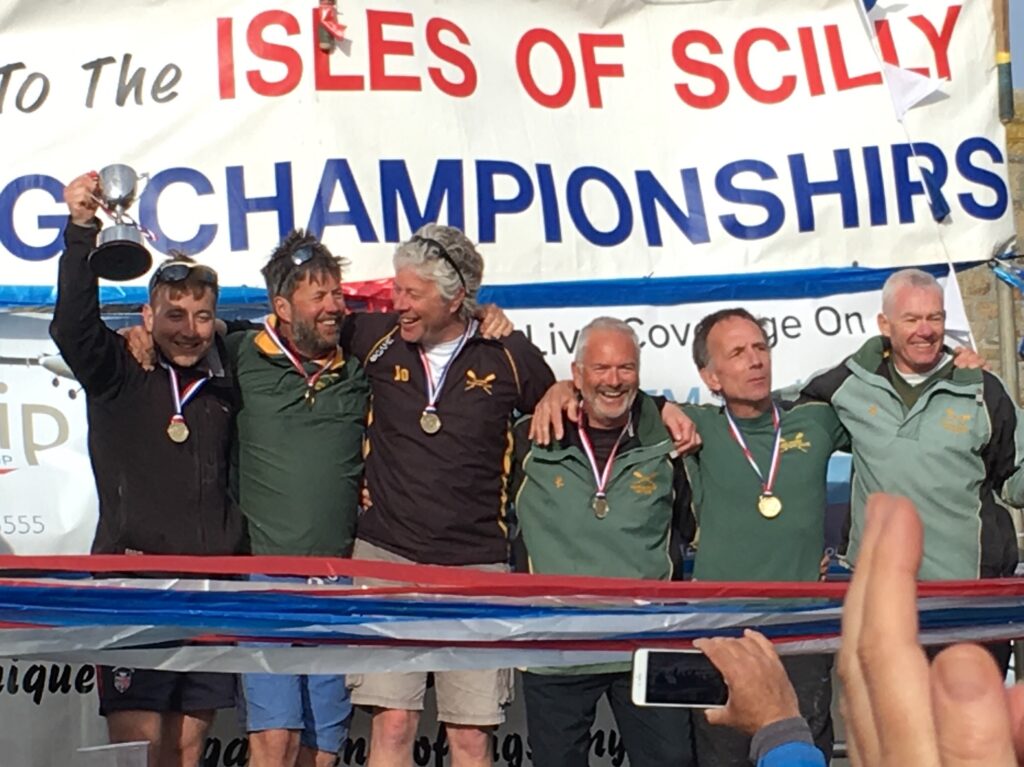 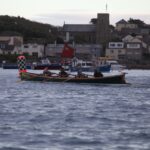 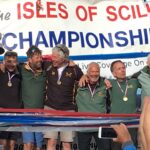 Congratulations to the Helford Men's Supervets crew who are now the World Champions! They are:

Neil Wilson in the bow
Dave Merrick at 2
Jim Brittain-Long at 3
Ollie Russell at 4
Phil Badger at 5
Tony Halliday at 6
George Wilson, coxing

Other results from Friday's racing at the World Championships in the Isles of Scilly are: Ladies' Supervets, 4th; Vets A, 3rd; Vets B, 30th. More results to follow.

Congratulations to everyone and good luck to those still to race!